The Irrigation research unit has the responsibility of overseeing and supporting all programmes and units through use of irrigation for research activities, multiplication and production of root and tuber crops during dry season. The unit ensures that water is transported to over 20 ha of land to increase yield, ensure all year root and tuber crops production and to keep the crops cool under execessive heat condition during dry season.

The irrigation research unit maintains all irrigation works in the National Root Crops Research Institute (NRCRI) Umudike such as the spillway, vegetated canals, pumping station, conveyance and distribution system. The unit also conducts experiments using any irrigation method during dry season in collaboration with other scientists and Research Institutes with regards to root and tuber crops.

The irrigation research unit manages the Institute’s earth dam that has the capacity of storing 30,000m3 of water in the reservoir for irrigating over 20 ha of irrigable land during the dry season, for fish farming and transport of water through a vegetated canal in the Institute to the Michael Okpara University of Agriculture (MOUA), Umudike.

The irrigation research unit has recently developed and completed a project from an International Organization (Generation Challenge Programme) at the National Root Crops Research Institute, Umudike. This project covers over 7.2 ha of farm land that can be irrigated at the same time using a 40 hp centrigugal pump that draws water from the Institute’s dam. 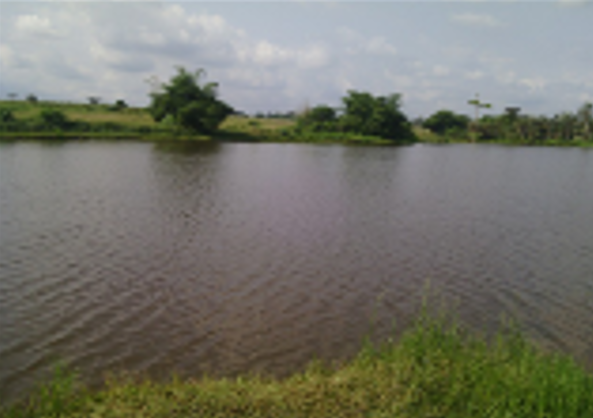